What Is Melanoma and How Is It Treated? 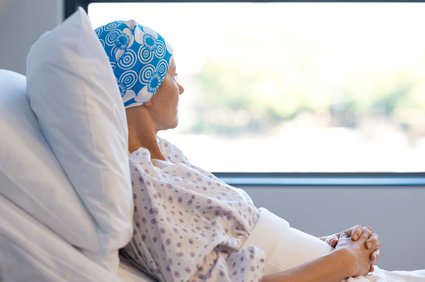 Every day, an average of 24 Americans die from melanoma cancer, as reported by Melanoma.org. Among women 25-30, it is the leading cause of cancer-related deaths and the second leading cause for women between 30 and 35 years of age. While viable care options exist, timely diagnosis and treatment are crucial to the successful treatment of melanoma.

Understanding Melanoma and its Causes

While melanoma is primarily a skin cancer, it can also develop in the nails, eyes or mouth. It forms within the melanocytes, which are cells within the body that produce skin and hair pigment. Melanoma is generally classified into three different categories:

Melanoma spreads fast. It can travel to lymph nodes and distant organs, such as the stomach, chest, bones, and brain. Metastatic melanoma found in distant organs can be difficult to treat.

As with any cancer misdiagnosis, failure to accurately diagnose this condition in a timely manner can lead to the wrongful death of a patient.

While each case of melanoma is different, there are several options that physicians generally use in the treatment of this potentially fatal cancer. For the early stages of melanoma, surgery is commonly employed to remove the cancerous cells. The procedure may include a simple excision to specifically remove the melanomas or a wide excision to decrease the chances of a reoccurrence in the same area of the body.

Radiation is another treatment option, though it is most commonly used to alleviate the symptoms of melanoma, rather than treat it. It is fairly common to treat melanoma in the bones with radiation as the pain is frequently unbearable. It is also administered to high risk patients in addition to surgery. Radiation can have severe side effects, including:

There is also a risk of harm to the surrounding healthy cells, particularly if the treating physician fails to carefully plan and implement the radiation procedure.

Chemotherapy is not a common treatment for melanoma, as the disease does not respond to it. Immunotherapy is becoming the new standard, thanks to new FDA approvals.  Interferon used to be a standard treatment for metastatic melanoma, but doctors have been phasing it out due to lack of efficacy.

If your melanoma was misdiagnosed or improperly treated, the attorneys of Schochor, Federico and Staton, P.A. provide quality legal representation you can trust. Our award-winning lawyers provide honest advice about your legal options and guide you through every step of the process. Call our office today at 410-234-1000 of fill out our contact form to schedule an appointment.